All keynote and training topics are available as virtual options. As always, Doug’s content is highly customized for current trends and unique content to every organization. We also have an extensive LMS library available for your training staff and department leaders, OR use one of our recommended facilitators

The meeting with Walt Disney was fast approaching and Marty had a lot of work to do. If Walt liked his proposal, the possibilities for Marty’s future at Disneyland were limitless. On the other hand, if Walt didn’t like Marty’s idea …

Marty, still a junior at UCLA and with no business experience, had just been handed the opportunity of a lifetime – a blank sheet of paper. The grand opening of Disneyland is one month away and Walt Disney wants a turn-of-the-century newspaper to sell on Main Street at his new park – an example of the detail in storytelling the parks would become famous for creating. Was Marty up to the task?

Marty had never before felt this amount of pressure. Determined to finish the task, Marty gathered his thoughts and returned to his desk. The concepts and designs and fresh ideas that had escaped him earlier, now flowed freely. And what had once intimidated him – that blank sheet of paper – was now his ally, capturing his creative bursts.

Writer’s block. This is the challenge Marty faced in the summer of 1955, and it continues to plague anyone tasked with producing fresh, creative ideas.  What is the secret to transforming that blank sheet of paper (or computer screen) from intimidating barrier into creative ally?

I recently spent two magnificent days with Marty Sklar, retired vice chairman of Walt Disney Imagineering.  In front of a live audience I was honored to host a “fireside chat” with Marty, highlighting some of the key periods from his 54-year career at Disney.

Before and after the event my wife, Pam, and I spent many hours with Marty reminiscing about our careers at Disney. My mind is still reeling with the mountain of ideas Marty shared with us. Simply put, Imagineering’s former vice chairman and principal creative executive ignited my imagination.

The Blank Sheet of Paper

Marty Sklar’s Disney career began with a blank sheet of paper, literally.  As noted at the outset of this article, Marty was given a tremendous opportunity to present his ideas to Walt Disney, and then create something from nothing. Marty overcame his fear and when Walt liked his concept, Marty became the editor, writer and creator of The Disneyland News. Marty Sklar is the only Disney employee to participate in the opening of all 11 Disney Parks on three continents around the world. As the creative leader of Walt Disney Imagineering for over 30 years, he and his staff of Imagineers had their share of moments when writer’s block stifled their creativity.

“How do we top what we created at Disneyland?”

“Walt Disney dreamed of EPCOT, but how do we create it?”

For Marty and his Imagineers, the challenge of continually improving meant remaining loyal to one of Walt Disney’s admonitions, “The best is never the best.” The pressure to perform was always on … at maximum levels. I asked Marty how he helped the Imagineers overcome their creativity blocks. His answer was surprisingly simple, and employed the same strategy he used multiple times during his career:

“During these moments of self-doubt, I would implore our creative team to look at new projects as a blank sheet of paper. I told the creative teams there are two ways to look at a blank sheet of paper. It can be the most frightening thing in the world because you have to make the first mark on it. Or it can be the greatest opportunity in the world because you get to make the first mark. Essentially, by letting your imagination fly you can create whole new worlds.” *

Whether due to fear of failure, fear of success, or fear of trying something new, far too many of us are hamstrung by self-doubt. Overcoming that fear can be a complicated process for many. Yet, it could be as simple as changing our point of view; what could we accomplish if we simply looked at that blank sheet of paper, or blank computer screen, for what it represents … a tremendous opportunity.

*I encourage you to pick up a copy of Marty’s most recent book, Dream It! Do It! My Half-Century Creating Disney’s Magic Kingdoms.  Chock-full of inspiring stories, (including The Blank Sheet of Paper) this book is a journey into the “backstage,” world of Disney, revealing both the art and science of the creative process.

Share the post "“The Blank Sheet of Paper” Creative Process: My Weekend with Disney Legend and Chief Imagineer Marty Sklar"

The Best is Never the Best 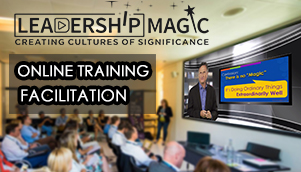